It's all about the STORY!

Link to the full article is here: “A conversation with Pinellas County Commissioner Kenneth Welch” : http://saintpetersblog.com/2012/01/weekend-read-a-conversation-with-pinellas-county-commissioner-ken-welch/ 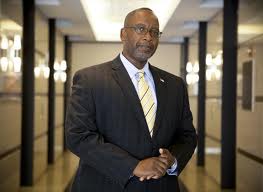 Ever wonder what’s on the mind of a county commissioner? I had an in-depth conversation with Pinellas County Commissioner Kenneth Welch on some hot topics important to Pinellas County. He talked about the County’s activities, his involvement and perspective on these issues and a little bit about what the community can expect in the near future.

These hot topics include homelessness, The St. Petersburg Pier, transportation–bussing and light rail and his campaign for re-election, representing District 7 in Pinellas County.

Here you can learn a little about Commissioner Welch, too:

Yet, with all of his accomplishments, Commissioner Welch is not without opposition. At least two individuals are slated to run against him in the District 7 election, and so Welch’s campaign is moving forward in full-force.

Welch also believes strongly in access–that his community can reach him and that they have easy access to meet with him. To this end, Welch organizes monthly “Community Office Hours” that are in his district so that the people don’t have to travel all the way to the county building to speak with him.

Through these meetings with the public, Welch has learned much and acted on many issues to strengthen the community, including increasing basic services such as access to fire hydrants, park and recreation enhancements, transportation concerns, housing and homeless issues and economic and community development.

Articles (most published, some not), Nonfiction

This is my first publication in my new affiliation with SaintPetersBlog: a well-respected political blog in St. Petersburg, Florida. This first post is my introduction to the local political sphere. A getting-to-know-you type post, making use of my small introductions to a few local politicos such as the Mayor of St. Petersburg, Bill Foster; St. Petersburg Police Chief Harmon and a couple of City Council representatives. I also have had significant professional relationships over the years through my workings in the nonprofit sector with other branches of the city government. These relationships I continue to value and hope to continue to foster as mutually beneficial ones through my ongoing work communicating on locla politics.

Anyway, I’ve said all of this to introduce you to my very first political blog post. I have had the privilege of speaking with some of our city’s leadership, of whom I genuinely respect. I do not always agree with them. I may sometimes wish things were different and that they would have dealt with issues differently, but I believe, truly believe that these individuals do bring a level of integrity and accountability to their local community that does demonstrate strength in leadership to our city. And I am grateful for their contributions. What this also means is that I expect much from them. As I expect much from this city of my birth. And I will work with the community to voice our appreciation and concerns in concert and will hold these leaders accountable. For more than praise, high expectations are the greatest compliment, and criticism is critical to this end. Therefore, as I introduce this article to you, the people… the locals, the tourist and those considering to be locals or tourists, I urge you to communicate your thoughts with me. Together we can help these leaders in strengthening our community and increase transparency and accountability.

Here is the link to the post where I list the St. Petersburg City Council’s goals for the year and provide a little insight as to what some of these goals entail through the eyes of our local leadership: http://saintpetersblog.com/2012/01/st-pete-city-council-sets-goals-for-upcoming-year-but-actions-will-speak-louder-than-words/

St. Petersburg City Council met yesterday, January 12, which marked the first City Council meeting of District 1 elected Councilman Charlie Gerdes. I had the opportunity to speak with Councilman Gerdes that evening during the Mayor’s Night Outevent, hosted in the Councilman’s district at the J.W. Cate Center.

Gerdes expressed that he was genuinely optimistic despite many challenges ahead for the city. In addition to the City Council meeting held that morning, Council Members participated in a goal-setting session later in the day where several initiatives were put to the forefront of concerns that the Council intends to address in the year.

Some ideas and plans are on the table to address some of the goals determined by City Council, but funding some of the ideas still needs to be secured along with consensus and implementation to see them come to fruition. Action always speaks louder than words, and St. Petersburg needs to see much more action to believe the many good words.